You are using an out of date browser. It may not display this or other websites correctly.
You should upgrade or use an alternative browser.

This seemed like a nice place to join, mainly for the Call of Duty Modern Warfare 1&2 side of things, back in my old gaming days I used to play for UnitedForces.net from 2007 to around 2010, not short after the clan fell apart and died, and since then I only played with old friends for our Rotterdam MW2 Clan it was more of a fun thing and never got like serious.

So today on December 21, 2021 my best RL Friend SGt. Spino & I Decided to check out what IW4X was after an other friend of mine from Sapphire Nation discord told me about it, and this is exactly what we were looking for, no more hacked servers the old maps back and tons more things from the best CoD games in to one massive game!

So we chose out a random server from the list and it was one of the TSG servers and the pings were great 32 for me and 28 for my friend and we really had fun and it's been along time since we had so much fun in MW2 even it was just us two in one server, more players would be great but damn we were so rusty.
It would be great if there are ranked servers for beginners to veterans not sure if you guys have a system like that, just to get back in to MW2 it's self would be nice.
Having Arthritis doesn't make me a great player anymore but it would be great to find some others out there that would be willing to play a few every now and then

Anyways I hope you all are doing well here , it's an other Lock Down here in The Netherlands there are times I just hope this Covid madness passes and we can get back to our normal lives.

You mentioned that you used to be in a gaming community around 2007 - 2010, so I assume it was mainly a CoD4 based clan.
We also started as a CoD4 clan / community around 2010 and used to have popular servers on CoD4. Eventually, after ups and downs, we went over to TeknoMW3 and currently we are running servers on TeknoMW3, IW4x and Plutonium BO2 & MW3 and we wish to expand to more games, but as most of the modern games don't support hosting community servers, it's a difficult task. However, we are a community of people enjoying different games, people from all around the world and from any game with any skill level are welcome to join our community and hang around with us.

Glad that you guys enjoy to play on our IW4x servers.. Since you joined our Discord, I hope to see you around once in a while

Hey many thanks and yea it was mainly CoD4 MW1 based, the Rotterdam MW2 Can was a private clan my best friends from Rotterdam &I created he held 48 hour lan parties in Rotterdam at my frie4nds place , we took our PC"s there had tons of beers and Kebab at night we mostly ordered food at like 03:00 AM lmao was such a golden time!
My PC gaming days started way back in 1985 witha Commodore C64 at my friends place and a collegue of my dad had an Atari AT-2500 and my dad has a Microbee computer, games had to load via cassette tape and yea took an hopur so went swimming in the pool and an hour later I could play some RPG games on it, kind of hilarious looking back at that tho.

The 1990's were the true golden era of PC gaming to be honest also was my best time and nowadays besides playing CoD MW2 with friends I also rebuild Retro OPC's for Retro gaming lans which I hope will be doable in 2022, just as long this new Omicron Variant can be put under control. and all the lockdowns have ended too. 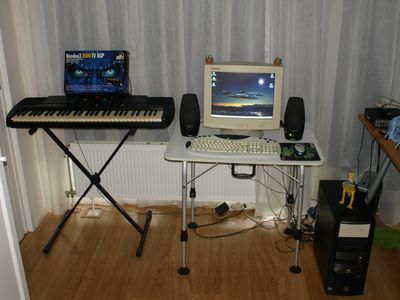 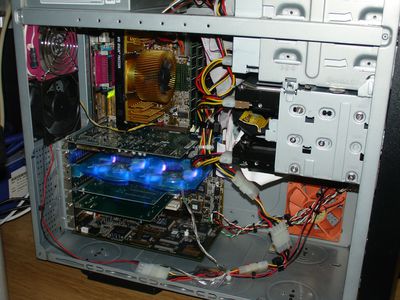 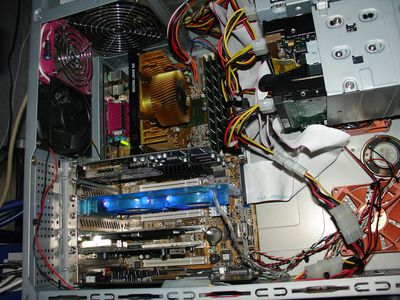 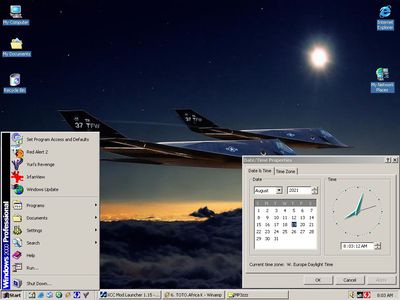 This was a 3 year and 4 month project the mainboard has been recapped the entire system has been renovated and it runs like a dream now
Along side this I collect scale 1:200 diecast metal Boeing 747 models as well and also DO paleontology as a hobby of mine and running private game servers as well.
Reactions: neRo!
You must log in or register to reply here.
Share:
Facebook Twitter Reddit Pinterest Tumblr WhatsApp Email Share Link
Top Bottom